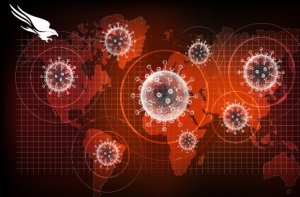 A warrior acknowledges his pain but he doesn’t indulge in it. Thus the mood of a warrior who enters into the unknown is not one of sadness; on the contrary, he’s joyful because he feels humbled by his great fortune, confident that his spirit is impeccable, and above all, fully aware of his efficiency. A warrior’s joyfulness comes from having accepted his fate, and from having truthfully assessed what lies ahead of him. ~ Don Juan, Tales of Power

It’s been a long time since I’ve written because I’ve had nothing to say. And now I’m compelled to write and ironically I still have nothing to say but there’s nothing else to do.

Those of you who have read my posts since I started blogging in 2009 know that I have always placed a strong emphasis on attaining freedom from The Predator. The ultimate goal of the predator – as I have come to understand it through Carlos Castaneda’s explanations – was to feed off of human energy, to consume them fully until there was nothing left but a lifeless husk. Don Juan said in regards to the predator, There is an explanation which is the simplest explanation in the world. They took over because we are food for them, and they squeeze us mercilessly because we are their sustenance. Just as we rear chickens in chicken goods, the predators rear us in human coops. Therefore, their food is always available to them.

END_OF_DOCUMENT_TOKEN_TO_BE_REPLACED

This is an educational website. It does not own all of the pictures herein, nor does take it credit for them. Some of the images used were found through Google image search and by utilizing stock images from free image and wallpaper websites. If you are the owner of an image and are not acknowledged, please let us know and we will either credit your work or remove your picture at your request.
© 2020 Female Warrior.
All Rights Reserved. If you share these posts, quotes and photos please include a link to: http://femalewarrior.net
Follow Female Warrior – The Toltec Path on WordPress.com