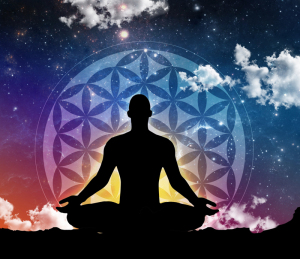 “The main thing is that you realize that there is no such thing as ‘the teachings of Castaneda’. I just try to be direct and to act from my silence – a course of action which I recommend for you, because it does away with madness…If you want to verify the tales of power, you have to open up to experience. Don’t shield yourself behind your interpretations, because in spite of all our studies as modern, ordinary men, we know very little about the world.” ~ Carlos Castaneda, Encounters with the Nagual

Even though Carlos and Don Juan talked about specific practices that must be done in order to achieve certain goals, they empowered others to have their own experiences by connecting with silence – with the abstract. They put a lot of effort into ensuring that the path of freedom didn’t turn into a conventional or traditional path. One of my benefactors worked in the same manner. While imparting his wisdom and even traditional knowledge to me, he always encouraged me to work from my own vision. To verify things for myself and to avoid accepting another person’s words at face value.

END_OF_DOCUMENT_TOKEN_TO_BE_REPLACED

Intention is the important thing: for the old sorcerers of Mexico, intention (intento) is a force that intervenes in all aspects of time and space. To be able to use and manipulate this force calls for impeccable behavior. A warrior’s final goal is to be able to lift his head above the rut where he is confined, look around him, and change what he wants. To do so he needs to have discipline and pay attention all the time. ~ Paulo Coelho

Dream a new dream, create your reality, you are what you think, law of attraction, everything you do affects the web; all familiar catch phrases. But how many people actually realize that this is true? When we allow ourselves to awaken from the fog that surrounds us we begin to see that we truly are free to create our reality. When a warrior is committed to the practice of recapitulation and truly functions from a place of constant mindfulness they begin to see just how easy it is to connect with intent and create their reality. The more energy they have, the easier it becomes to create with efficiency and impeccability.

END_OF_DOCUMENT_TOKEN_TO_BE_REPLACED

We have a predator that came from the depths of the cosmos and took over the rule of our lives. Human beings are its prisoners. The predator is our lord and master. It has rendered us docile, helpless. If we want to protest, it suppresses our protest. If we want to act independently, it demands that we don’t do so. They took over because we are food for them, and they squeeze us mercilessly because we are their sustenance. Just as we rear chickens in chicken coops the predators rear us in human coops. Therefore their food is always available to them. ~ Don Juan, The Active Side of Infinity

Don Juan and Carlos spoke of inorganic beings as an energetic awareness in the cosmos that don’t have form. The most common of these is The Predator which has instilled us with its mindset in order to harvest our awareness as food to sustain itself. Other inorganic beings reside in our “airspace” or alternate realities or in our minds (foreign installation). They most specifically feed off of fear because fear brings up the strongest emotion making it easy to recognize due to the humongous aura it produces. It’s all energy and the inorganics can sense it. When they do, they glom onto it and feed incessantly, if they are allowed. Some inorganic beings are adept at raising fear in people. For instance, I used to walk in the desert at night with fellow warriors to “hunt power”. One of the warriors was always preoccupied with attracting the inorganics and in holding that preoccupation would ultimately attract them. I always said out loud and sternly, “Get out of here, we have nothing for you.” If they continued to remain I would become fierce and tell them that they were pathetic and were more like petty tyrants than powerful beings and they would leave.

END_OF_DOCUMENT_TOKEN_TO_BE_REPLACED

This is an educational website. It does not own all of the pictures herein, nor does take it credit for them. Some of the images used were found through browser searches and by utilizing stock images from free image and wallpaper websites. If you are the owner of an image and are not acknowledged, please let us know and we will either credit your work or remove your picture at your request.
© 2022 Female Warrior.
All Rights Reserved. If you share these posts or quotes please include a link to: http://femalewarrior.net
Follow Female Warrior – The Toltec Path on WordPress.com
Loading Comments...